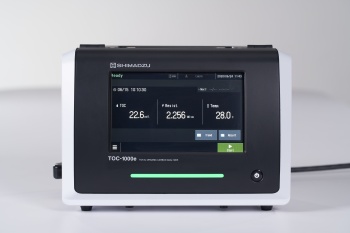 The device is the first system of its type to oxidize with a mercury-free excimer lamp that contains an internal glass tube through which the sample is passed for oxidation. Xenon is electrically excited so that xenon molecules are created for a short time which decay and emit UV light at a wavelength of 172nm. This UV radiation is also more energetic than the UV radiation of conventional mercury lamps.
www.shimadzu.de